Wow! I haven't blogged in at least a month. It's been too long! I guess I'll fill you in with the happenings of my life. So along with still being laid off, I have been doing some freelance work and I have continued to host the venue revolving Bad Luck of the Draw Club every Wednesday at 7PM with my friend Chris Micro. It's been a big hit! There have been a few occasions where some pretty awesome artists that I look up to have dropped by. Just to name a few there is Boots Riley, Skinner, Ras Terms, L*Roneous. If you don't know who those people are you should take a moment and enlighten yourself.

Since we last spoke, I went on two mini vacations. One being Venice Beach. That trip was fun BUT I did somehow manage getting this infection called Angular Chilitis, it's this crack that happens in the corner of your mouth due to bad bacteria and/or yeast. I thought my case was more yeast base and a vitamin B deficiency. I tried everything that I read on the internet:

I had this problem for over a month. Some of those things seemed to work for a second, but then would come right back even harder. I don't know if you have ever had a cut in the corner of your mouth, but it is really hard to heal. Every time I would eat, yawn or brush my teeth the wound would open. It wasn't until our weekend trip to Humbolt County that I knew this shit wasn't going away. I finally went to the doctor the day after we returned and he said I had Impetigo. It's related to a staph infection. YIKES! I'm so glad I got it treated when I did. The antibiotics cleared most of it up in 2 days! My scarring is not as bad as I thought it was going to be.

I think that pretty much covers it. Here are some pictures. 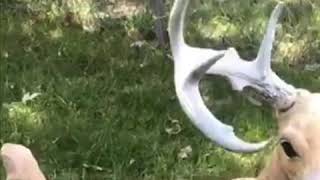 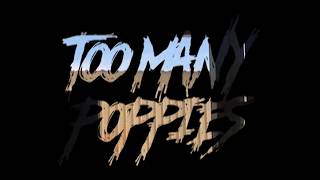 Everybody Plays the Fool 2018

Everybody Plays the Fool (IN PROGRESS)

Lone Wolf Album Front and Back